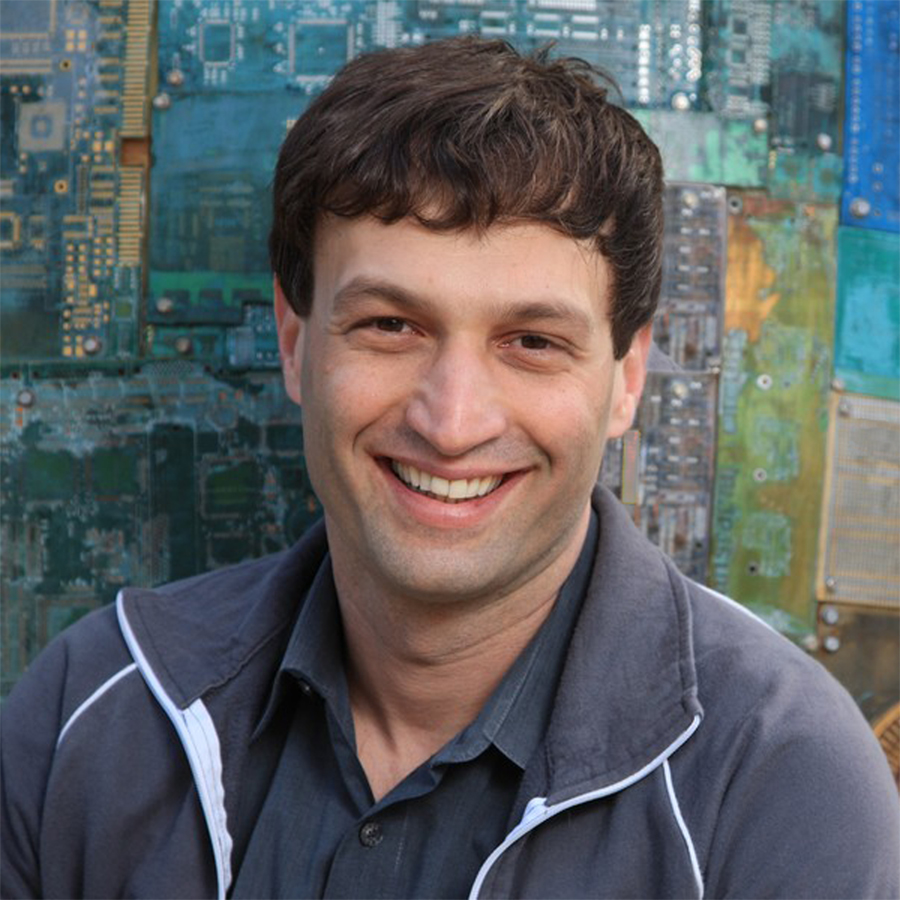 Ron Gutman is an inventor, a serial entrepreneur, and an investor, as well as an educator and a writer.

Gutman has founded and supported multiple successful, mission-driven companies and non-profit organizations that have helped hundreds of millions of people around the world live happier healthier lives. As a scholar and advocate of positivity and smiling, Gutman wrote and presented a popular TED book and talk on the Power of Smiling that was translated to 53 languages and viewed by millions worldwide. As a lecturer at Stanford University, Gutman co-authored a leadership framework—Sapient Leadership—to help leaders everywhere navigate the new reality of change that’s exponential, perpetual, and pervasive (3-D Change). Gutman is the founder and first CEO of the Interactive Health company HealthTap. At HealthTap, he invented and led the development of HOPES (the first Health Operating System), Dr. A.I. (an artificial intelligence tool for symptom triage to information and care), Dr. A.I. on Alexa, HealthTap SOS (for disaster relief), AppRx, and RateRx, Talk to Docs, and DocNow (the first virtual health app on the Apple Watch), amongst other inventions. He also designed and endowed HealthTap for Good to offer free online doctor consultations to people in need. Gutman led HealthTap’s acquisition of several companies, including Avvo (a doctor directory, network, and community that offered physician answers to health questions) and Docphin (a platform that provided access to the latest medical research and news for doctors and other healthcare providers).

Gutman is a serial entrepreneur who studied at Stanford University as a graduate student. While at Stanford, Gutman led a multidisciplinary group of faculty and graduate students to conduct research into personalized health and ways to increase health engagement among people and patients. The research group included faculty and students from departments across Stanford, resulting in the creation of a health and well-being engagement program at the university, BeWell@Stanford, which continues to today.

In May of 2020, amid the COVID-19 crisis and deep need for best virtual health solutions, Gutman founded FestiHealth the first interactive platform that curates inspiring and knowledgeable speakers, live wellness activities, and a virtual expo of cutting-edge health-tech solutions to help organizations and individuals live and foster healthier and happier lives. The first FestiHealth event was on May 27, 2020 and featured conversations and activities with more than 150 healthcare and wellness leaders like Dr. David Rhew, Chief Medical Officer of Microsoft, and Tom Lee, Founding CEO of One Medical, Galileo, and ePocrates.

Gutman founded the Live Long & Flourish Club in 2019 as a not for profit community of people on a mission to discover, research, and scientifically validate the most effective health solutions to help everyone flourish by living happier, healthier and longer lives.[27] In February 2020, a Live Long & Flourish event at Stanford University anticipated the global spread of the SARS-CoV-2 Coronavirus with featured presentations by Stanford infectious disease specialists Dr. Gary Schoolnik and Dr. David Katzenstein, and a conversation with Karolinska Institute epidemiologist Dr. Ziad Khatib.

Gutman founded HealthTap, a healthcare technology platform, in 2010 and served as CEO until 2018. During his tenure, HealthTap helped hundreds of millions of people access trusted information and care by a network for more than 100,000 doctors across 147 specialties worldwide. HealthTap received more than 22,800 thank-you notes for saving people’s lives. It also supported large insurance companies, healthcare providers, and large employers in the U.S., Africa, Asia, Europe, and Oceania, and raised more than $88 million in funding from prominent investors. While at HealthTap, the main transformative initiatives that Gutman initiated and led, alongside the HealthTap team included:

In 2006, Gutman founded Wellsphere, an online consumer health company, where he served as CEO. Wellsphere, an active community of health writers, served more than 100 million people. It was acquired in early 2009.

A recognized thought leader in technology, health innovation, and business, Gutman frequently speaks at academic institutions like Stanford University, such as in the Entrepreneurial Thought Leaders Program and the lecture series "Luminaries: Life Lessons from Leaders and Change-makers in the Time of COVID". He also gives talks in technology and health conferences, such as the World Economic Forum, TED, Fortune Brainstorm Tech, CES, SXSW, Wearable Tech + Digital Health Conference, and Health 2.0).

Gutman has been featured as an innovator and creator of disruptive health-tech solutions in multiple leading media channels such as:

Since the beginning of the COVID-19 crisis, Gutman has brought together leading experts from academia, medicine, foundations, and industry to first predict the spread of the pandemic, then warn about it, then manage it more efficiently and effectively, and then use telemedicine and virtual health solutions to help people prevent, cope, and manage the virus. Gutman also co-produced a Virtual Global Summit on Virtual Health and Mental Wellbeing in a World of Social Distancing with Boma Global, where he also orchestrated a global standing ovation for healthcare workers devoted and dedicated to helping patients and saving lives during the pandemic.

Gutman was also chosen in 2014 as one of the 100 Most Intriguing Entrepreneurs at the Goldman Sachs Builders and Innovators Summit.

Gutman's writing on health, technology, and smiling has been published in national publications including the Harvard Business Review, Forbes, Fortune Magazine, and the Huffington Post.

Gutman is an active leader in the TED community. In 2011, he gave a popular TED Talk on smiling, which has been translated into 53 languages. In 2012, he published a TED Book, Smile: The Astonishing Power of a Simple Act. He also serves as the Curator of TEDx Silicon Valley.

During his graduate studies at Stanford University, Ron collaborated with Dr. Utkan Demirci to represent Stanford at a global business plan competitions where leading universities around the world competed on the best business plans commercializing technology developed by graduate students. Ron and Utkan competed in the final round of that competition in Singapore, where they won together the first prize. Goldman Sachs granted Gutman a 100 Most Intriguing Entrepreneurs award in 2014. Gutman was named a World Economic Forum Technology Pioneer in 2015.